“Tolerance and apathy are the last virtues of a dying society.”
~ Aristotle

How many planned scams and atrocities have to take place in full view in order for Americans to actually do something to stop it? In the midst of a totally fraudulent ‘covid pandemic,’ the masses sat silent while they were ordered to isolate themselves, they were locked down (imprisoned) in their own homes, instructed to wear dangerous masks, told to avoid family and friends, told to close down their businesses and send their employees home, told they could not travel, quarantined, turned away from most crucial medical care, and told in many cases that bioweapon injections were mandatory in order to work or travel. The controllers, political class, and their corrupt central bank partner printed out of thin air trillions upon trillions of fake dollars, plunging this country into the beginning of hyperinflation.

Housing prices and rents doubled or more while criminal institutional and government-supported property confiscation and mass buying became rampant. Vital oil and energy supplies were purposely curtailed due to the false flag event called the Russia/Ukraine war, sending oil and gas prices to all-time highs. The same happened with agriculture and food stock prices, causing mass shortages and in many cases, famine.  Now, the baby formula market has been aggressively and purposely destroyed in the U.S., (not the rest of the world) as tiny infants are being targeted by the controlling ‘elites’ and government, while tainted, poisonous, chemically laced, and harmful Bill Gates fake baby formula will be marketed as the alternative.

“There is a shortage of baby formula in the U.S. ‘caused’ by ‘COVID’ lockdowns and a product recall by formula manufacturer Abbott Nutrition that provides more than half of the formula that is used in the U.S. Formula companies are heavily subsidized by voucher programs and large companies dominate the market. Because the baby formula is highly regulated and the market operates to serve big corporate producers under protectionist policies, the U.S. will not import the formula, despite the need.”

An article published by Daily Mail on June 19, 2020, revealed that Bill Gates, Mark Zuckerberg, Jeff Bezos, Richard Branson, and other billionaires just so happened to invest in a startup artificial breast milk company that will produce formula from cultured human mammary epithelial. This must be just another lucky coincidence that will benefit the same eugenic depopulation monsters that are involved in every aspect of the ‘covid’ and ‘climate change’ frauds.

The new firm called BIOMILQ received millions of dollars from an investment fund co-founded by these four individuals. And believe it or not, this fake formula that will be produced due to these globalists, will also ‘save the earth’ by preventing ‘climate change’ due to the supposed gases created in baby formula manufacturing. This kills two birds with one stone, as babies are greatly harmed helping with depopulation, but that should matter not, because the earth can be saved in the process.

Isn’t it so fortunate that these billionaires know exactly what will happen in the future, and invest in the same companies and new startups that are created due to these same feigned elites and government policies meant to control the system and the world? Gates and other billionaires, by sheer luck, of course, invested in fake ‘covid vaccines’ before the rollout, farmland, and agriculture just before food shortages, surveillance and tracking system technologies used during the ‘covid scam,’ computer modeling companies to predict ‘pandemics’ to ‘improve’ product supply and distribution, tens of millions to support global efforts in companies designed to implement ‘viral’ testing and tracing, hundreds of millions for distributing fake ‘covid vaccines,’ fake treatments, and fake diagnostics, hundreds of millions to Gate’s own funded companies and pharmaceutical giants, and now baby/climate change formula just in time for a mass shortage. This is of course a shortlist.

It seems completely obvious that this so-called baby formula ‘crisis’ is a scam, and was purposely created to advance other agendas. Is baby formula scarce worldwide, or is this a U.S. phenomenon? There is evidence that U.S. baby formula is on shelves in other countries. It is also obvious that most could breastfeed their babies naturally, which could negate this fraudulent (manmade) shortage. That is a healthy choice, but pharmaceutical companies are telling mothers and parents that breastfeeding is dangerous and not a solution to this baby formula shortage.

Baby formulas coming from the few large U.S. companies allowed to produce and sell them are chemically laced and unhealthy products, but so many have been sold the lie that mothers can simply use a store-bought product instead of natural feeding or making their own formula. This is just more hype and lies meant to harm families and promote a particular reaction. After all, it is easier just to buy these protectionist products instead of seeking alternatives, and that seems to be the new American way.

Money, power, control, and societal dependence are sought by the state, and this new ‘crisis’ is simply meant to cause more panic among young parents who have been groomed to do as they are told. After all, this is not the only government-made panic, as everything going on is meant to create and stoke fear. Food shortages abound, and that will worsen, and there will be more shortages coming, including less energy available for entire populations. By using the ‘climate change argument to sell fake, genetically modified baby formula, it should be a simple task to see through this fraud.

Personal responsibility can go a long way in overcoming the fear foisted on society by the criminal tyrants. This baby formula fiasco is just one more in a long series of abuses at the hands of these controllers and their pawns in government and the media.

The lies will not only continue but will intensify going forward as this world government coup gains even more steam. We are still in the midst of one crisis after another, all planned beforehand, and brought about to advance particular responses by the sheep. Instead of reacting to each and every agenda-driven hoax or misrepresentation, ignore the most criminal element of society, and government, and rely on self.

Similar to Morphine: The Best Natural Painkiller that Grows in Your Backyard
Wild Lettuce is also Known as Opium Lettuce. For a good reason. While it doesn’t contain any opiates, it has similar side effects when used – it acts directly on the central nervous system (CNS) to lessen the feeling of pain, just like morphine. Watch this video and learn a quick recipe (wild lettuce extract) for the best natural painkiller. Over 23 million Patriots have already seen It. Gives you a quick, easy way to make your own life-saving painkiller, ready for when you need it. Click Here To Discover More.

* The following is adapted from the Weston A Price Foundation. Click here to see the original post.

The milk-based formula takes account of the fact that human milk is richer in whey, lactose, niacin, and long-chain polyunsaturated fatty acids compared to cow’s milk but leaner in casein (milk protein). The addition of gelatin to cow’s milk formula will make it more digestible for the infant.

The ideal milk for a baby, if he/she cannot be breastfed, is clean, whole raw milk from old-fashioned cows, certified free of disease, that feeds on green pasture.

If the only choice available to you is commercial milk, choose whole milk, preferably organic and unhomogenized, and culture it with a piima or kefir culture to restore enzymes (available from G.E.M. Cultures 253-588-2922)

Although goat milk is rich in fat, it must be used with caution in infant feeding as it lacks folate and is low in vitamin B12, both of which are essential to the growth and development of the infant. The inclusion of nutritional yeast to provide folate is essential. To compensate for low levels of vitamin B12, if preparing the Milk-Based Formula (above) with goat’s milk, add 2 teaspoons of organic raw chicken liver, frozen for 14 days, finely grated to the batch of formula.

The liver-based formula also mimics the nutrient profile of mother’s milk. It is extremely important to include coconut oil in this formula as it is the only ingredient that provides the special medium-chain saturated fats found in mother’s milk.

This formula can be used in emergencies, or when the ingredients for homemade formula are unavailable.

Egg yolk should be the baby’s first solid food, starting at 4 months, whether the baby is breastfed or formula-fed. Egg yolks from pastured hens will contain the special long-chain fatty acids so critical for the optimal development of the brain and nervous system. The whites may cause an allergic reaction and should not be given to the baby until he is at least one year old.

Homemade whey is easy to make from good quality plain yogurt, or from raw or cultured milk. You will need a large strainer that rests over a bowl.

If you are using yogurt, place 2 quarts in a strainer lined with a tea towel set over a bowl. Cover with a plate and leave at room temperature overnight. The whey will drip out into the bowl. Place whey in clean glass jars and store in the refrigerator.

“You just sit there and tolerate it, the same way everything in this country is tolerated. Every deception, every lie, every bullet in the brain. Just as you are already tolerating bullets in the brains that will be implemented only after the bullet is put in your brains.” ~ Imre Kertész, Liquidation.

Ending this article, I highly recommend this book to everyone. 300 pages, color, paperback. The Lost Book of Remedies is helping Americans achieve medical self-sufficiency even in the darkest times using the time-tested methods of our grandparents without spending lots of money on toxic drugs and without side effects. A great asset when doctors and hospitals won’t be available any more given the current situation. You may not be Claude Davis, but you can make use of his procedures and techniques to increase your chances of survival!

Before you go to bed tonight, do this ONE “stupidly simple” Greek ritual to reverse your diabetes…This diabetes-reversing trick was previously known ONLY to the inhabitants of a small, barely populated Greek island, 4800 miles from home… check it out here. 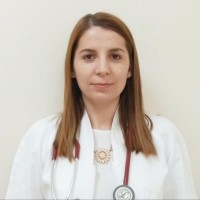 This site uses Akismet to reduce spam. Learn how your comment data is processed.

Thank you for subscribing!